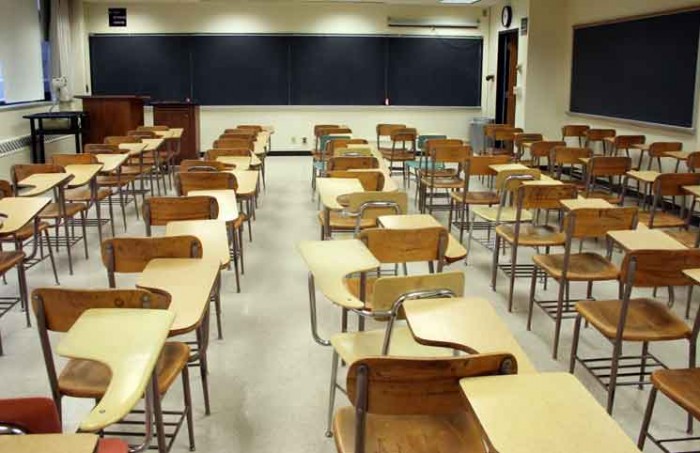 After the first day, the boy’s parents were surprised when he walked in after school with a stern, focused and very determined expression on his face, and went right past them straight to his room, where he quietly closed the door. For nearly two hours he toiled away in his room – with math books strewn about his desk and the surrounding floor. He emerged long enough to eat, and after quickly cleaning his plate, went straight back to his room, closed the door, and worked feverishly at his studies until bedtime.

This pattern continued ceaselessly until it was time for the first quarter report card. The boy walked in with his report card — unopened — laid it on the dinner table and went straight to his room. Cautiously, his mother opened it, and to her amazement, she saw a bright red “A” under the subject of MATH.

Overjoyed, she and her husband rushed into their son’s room, thrilled at his remarkable progress. “Was it the nuns that did it?,” the father asked. The boy only shook his head and said, “No.” “Was it the one-on-one tutoring? The peer-mentoring?” “No.” “The textbooks? The teachers? The curriculum?”

“Nope,” said the son. “On that first day, when I walked in the front door and saw that guy they nailed to the ‘plus sign,’ I just knew they meant business!”