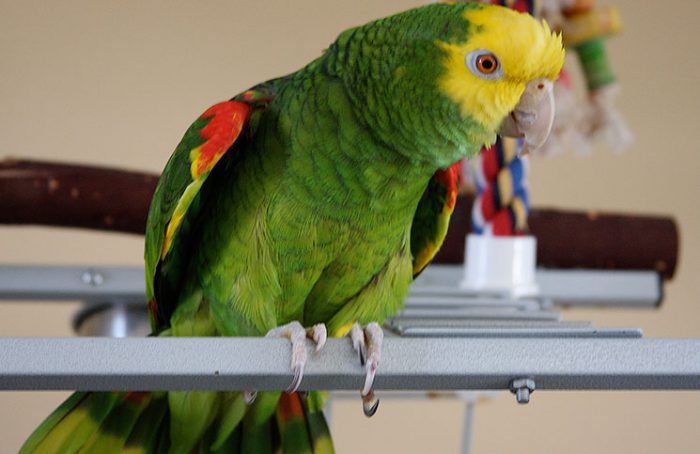 A woman was thinking about finding a pet to help keep her company at home. She decided she would like to find a beautiful parrot; it wouldn’t be as much work as say a dog, and it would be fun to hear it speak.

She went to a pet shop and immediately spotted a large beautiful parrot. She went to the owner of the store and asked how much. The owner said it was $50. Delighted that such a rare looking and beautiful bird wasn’t more expensive, she agreed to buy it.

The owner looked at her and said, “Look, I should tell you first that this bird used to live in a whorehouse. Sometimes it says pretty vulgar stuff.

“The woman thought about this, but decided she had to have the bird. She said she would buy it anyway. The pet shop owner sold her the bird and she took it home.

She hung the bird’s cage up in her living room and waited for it to say something. The bird looked around the room, then at her, and said, “New house, new madam.

“The woman was a bit shocked at the implication, but then thought that’s not so bad.

A couple hours later, the woman’s two teenage daughters returned from school. When they inspected the bird, it looked at them and said, “New house, new madam, new whores.

“The girls and the woman were a bit offended at first, but than began to laugh about the situation.

This is a Long Trip