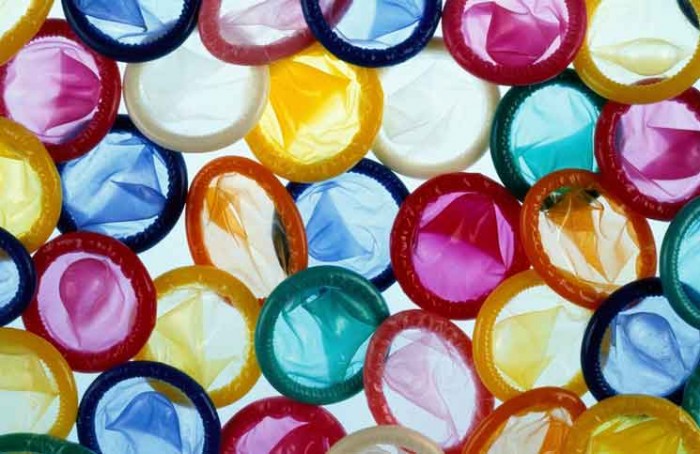 A high school girl finally had the opportunity to go to a party all alone. Since she was very good looking, she was a bit nervous about what to do if boys hit on her.

Her Mom said, “It is very easy! Whenever a boy starts hitting on you, you ask him what will be the name of our baby?’, that will scare them off.”

So off she went. After a little while at the party a boy started dancing with her and,little by little, kissing her and touching her. She asked him, “What will our baby be called?”

The boy found some excuse and disappeared.

Some time later the same thing happened again, a boy started to kiss her neck, her shoulders…she stopped him and asked him about the baby’s name, he ran off.

Later on another boy invited her for a walk, after a few minutes he started kissing her and she asked him, “What will our baby be called?”

After he was done, he took off his “full” condom, tied it in a knot and said, “If he gets out of this one… David Copperfield!”

Man falling off his stool in a bar