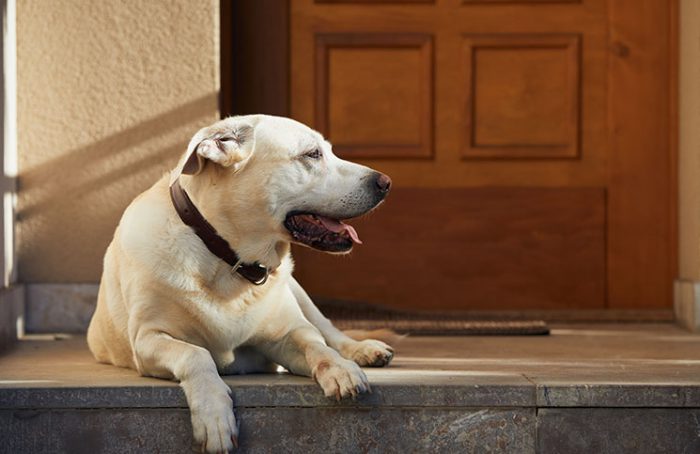 A butcher is leaning on the counter toward the close of day when a dog with a basket in its jaws comes pushing through the door.

“An’ wot’s this then?” he asked. The dog knocks the basket sharply into the butcher’s shins.

“You dumb dog.” As he reaches down to smack the dog, he notices a note and a ten dollar bill in the basket. The scribble on the note asks for three pounds of his best mince [ground beef].

The butcher figures this is too easy. He goes to the window and reaches for the dried up stuff that’s been sitting out all day. The dog growls at him.

The butcher turns around and, glaring at the pup, gets the best mince from the fridge. Weighing out about 2 1/2 pounds, he drops in on the scale with his thumb. “Hmmmmm, a bit shy. Who’ll know?”

Again, the dog growls menacingly. “Alright, alright,” as he throws on a generous half pound. He wraps it out, drops it in the basket, and drops in change from a five. The dog threatens to chew him off at the ankles. Another five goes in the basket.

The butcher is quite impressed and decides to follow the piddy pup home. The dog quickly enters a high-rise buildings, pushes the lift button, enters the lift, and then pushes the button for the 12th floor.

The dog walks down the corridor and smartly bangs the basket on the door. The door opens, and the dog’s owner screams at the dog. “Hey, what are you doing? That’s a really smart dog you’ve got there,” comments the butcher. “He’s a stupid dog–that’s the third time this week he’s forgotten his key.