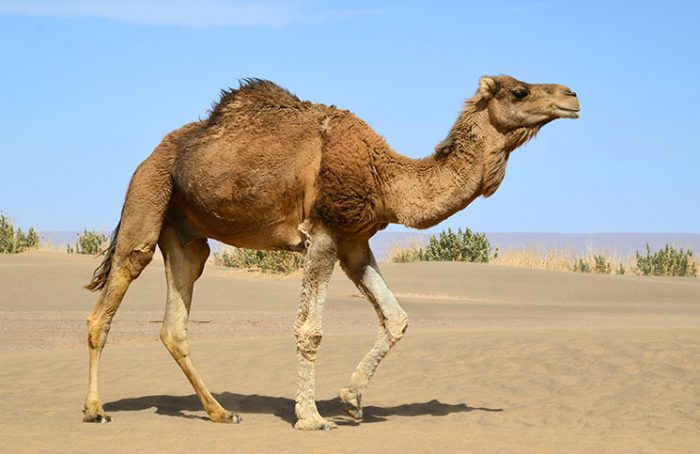 A man rented a camel to make a trip to an important customer out in the desert. There was only one camel available, and it had one little problem, the guy told him.

Periodically, this camel would stop and refuse to move until somebody beat it off. The man is desperate, so he decides he will go along with that.

He sets off into the desert. Sure as hell, he has to beat off the camel every day for the first three days.

On the fourth day, the camel stops again and refuses to move, so the guy gets down and prepares to do his duty, but the camel quickly steps aside. He tries again, And again.

Finally in exasperation he walks in front of the camel and says “For Christ’s sake, what do you want now?” The camel puckers up and makes little sucking noises.