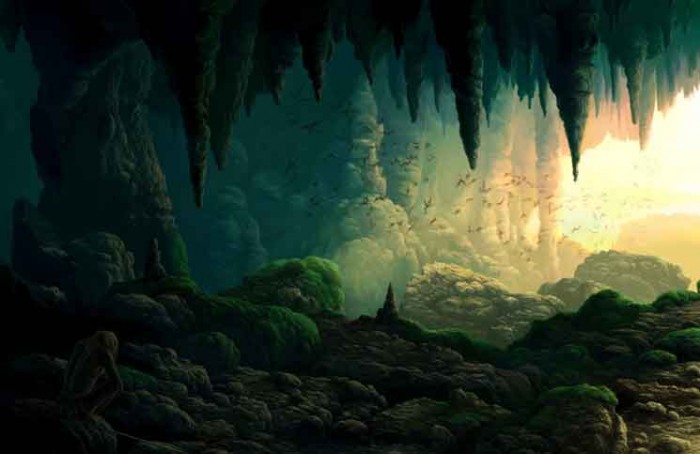 There were two Indians and a Cowboy walking along together in the desert when, all of a sudden, one of the Indians took off and ran up a steep hill to the mouth of a cave. He stopped and hollered into the entrance,”Woooooo! Woooooo! and then listened very closely until he heard an answer…”Woooooo! Woooooo!”. He then tore off his clothes and ran into the cave. The Cowboy was puzzled and asked the other Indian what that was all about. “Was that Indian goofy or something?”

“No”, said the other Indian. “It is mating time for us Indians and when you see a cave and holler, “Woooooo! Woooooo!” and get an answer back, that means she is in there waiting for you.”

Well, just about that time the other Indian spotted another cave. He took off, ran to the cave, stopped and hollered, “Woooooo! Woooooo!” When he heard a reply, “Woooooo! Woooooo!” off came his clothes and into the cave he goes. The Cowboy started running around the desert looking for a cave to find these women that the Indians had talked about. Suddenly he looked up and saw this great big cave. He was amazed at the size and thought, “Man! It’s bigger than the caves those Indians found. There must be something special in this cave!”

Well, he darted up the hill at great speed with hopes of grandeur. He got in front of the cave and yelled, “Woooooo! Woooooo!”. He was thrilled when he heard the answering call of “Woooooo! Woooooo!”He quickly took off his clothes. With a happy face he raced into the cave.

The headlines in the next day’s newspaper read: Naked Cowboy Run Over By Freight Train!

Oct 31, 2016
1 155
"Your daughter's only five and she can spell her name backwards? Why this is remarkable." The headmistress was talking to a parent who was trying...