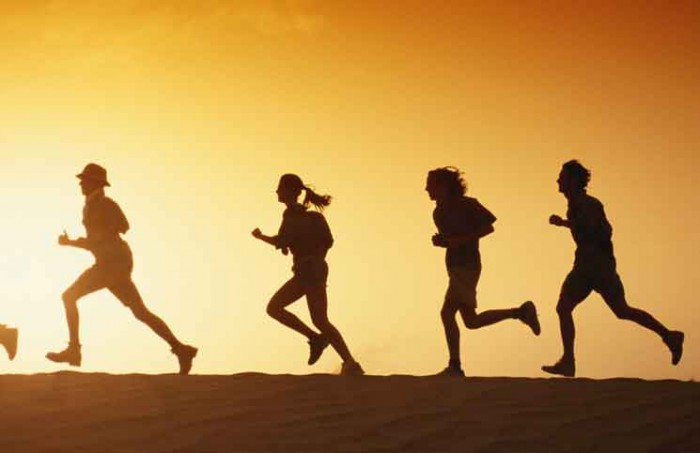 Two gas company servicemen, a senior training supervisor and a young trainee, were out checking meters in a suburban neighbourhood. They parked their truck at the end of the alley and worked their way to the other end.

At the last house a woman looking out her kitchen window watched the two men as they checked her gas meter. Finishing the meter check, the senior supervisor challenged his younger co worker to a foot race down to the alley back to the truck to prove that an older guy could outrun a younger one. As they came running up to the truck, they realized the lady from that last house was huffing and puffing right behind them. They stopped and asked her what was wrong.

Gasping for breath, she replied, “When I see two gas men running as hard as you two were, I figured I’d better run too!”

Jun 2, 2021
0 170
The wealthy old gentleman and his wife were celebrating their 35th wedding anniversary and their three grown sons joined them for dinner. The old man...

Does this cures chapped lips?