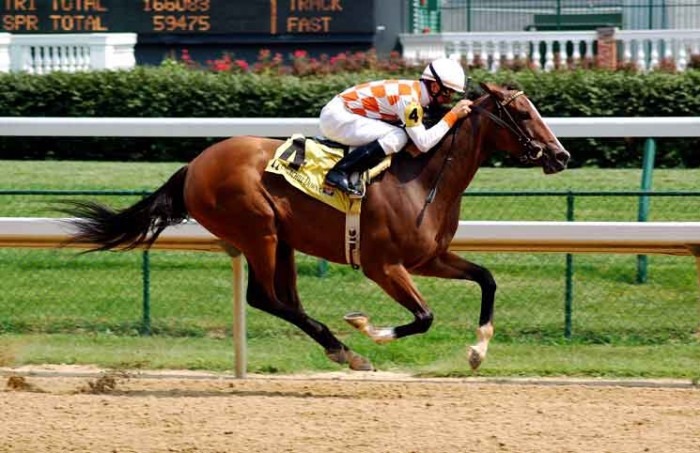 A guy was sitting quietly reading his paper when his wife walked up behind him and whacked him on the head with a newspaper.

“What was that for?” he asked.

“That was for the piece of paper in your pants pocket with the name Mary Lou written on it,” she replied.

“Two weeks ago when I went to the races, Mary Lou was the name of one of the horses I bet on,” he explained.

“Oh honey, I’m sorry,” she said. “I should have known there was a good explanation.”

Three days later he was watching a ball game on TV when she walked up and hit him in the head again, this time with the iron skillet, which knocked him out cold.

When he came to, he asked, “What the hell was that for?”

She replied “Your horse called.”