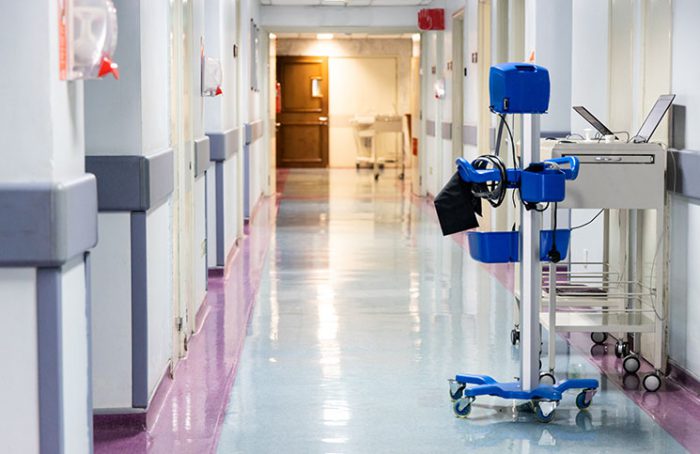 A beautiful young girl is about to undergo a minor operation.

She’s laid on a hospital trolley bed with nothing on, except a sheet over her.

The nurse pushes the trolley down the corridor towards the operating theatre, where she leaves the girl on the trolley outside, while she goes in to check whether everything is ready.

A young man wearing a white coat approaches, lifts the sheet up and starts examining her naked body. He puts the sheet back and then walks away and talks to another man in a white coat.

The second man comes over, lifts the sheet and does the same examinations. When a third man does the same thing, but more closely, she grows impatient and says: “All these examinations are fine and appreciated, but when are you going to start the operation?”

The man in the white coat shrugged his shoulders: “I have no idea.We’re just painting the corridor.” 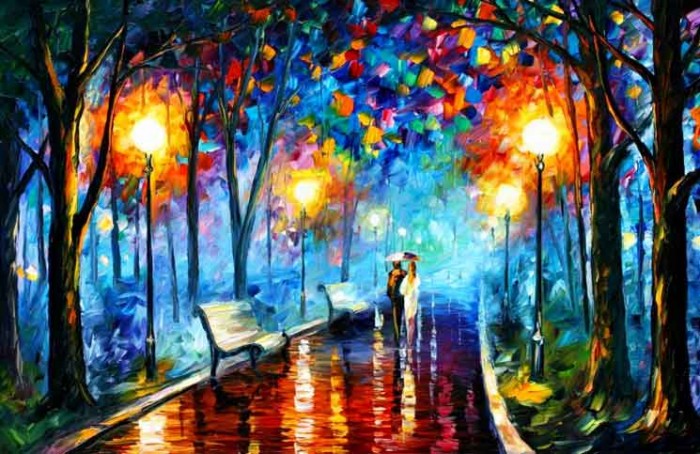 An eccentric billionaire wanted a mural painted on his library wall, so he called an artist.

Describing what he wanted, the billionaire said, “I am a history buff, and I would like your interpretation of the last thing that went through Custer’s mind before he died. I am going out of town on business for a week, and when I return, I expect to see it completed.”

Upon his return, the billionaire went to the library to examine the finished work. To his surprise, he found a painting of a cow with a halo. Surrounding this were hundreds of Indians in various sexual positions.

Furious, he called the artist in. “What the hell is this?” screamed the billionaire.

“Why, that’s exactly what you asked for,” said the artist smugly.

“No! I didn’t ask for a mural of pornographic filth. I asked for an interpretation of Custer’s last thoughts!”

“And there you have it,” said the artist. “I call it, ‘Holy cow, look at all those fucking Indians.'” 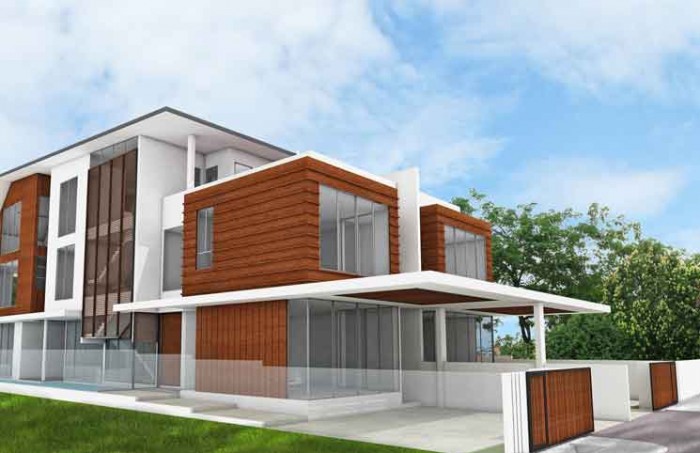 One day, an out-of-work man knocks on the door of a home in an upper-class neighbourhood. The lady of the house answers. “Pardon Mam, I’m out of work and looking for any odd jobs that people need to be done. I’m very handy with everything from repairs to yard work, to painting…”

“Painting?” the woman jumped in. “Oh, yes, Ma’am! I’m a very careful painter,” the man replied, his face brightening at the realisation she could provide him some work. “I’ll tell you what. My husband just bought some green paint last week to paint the porch out back with, byt we haven’t had any time. If you can do a good job, then you can paint it before he gets home and surprise him. Now, do a particularly good job and paint the trimmings white also, and I’ll pay you an extra bonus.”

“Oh yes, Ma’am, I’ll do an excellent job!” He was told the paints were also around the back in the garage. An a few hours later, the man returns to the door. “That was quick, did you do a good job?” the woman inquires. “Oh yes Ma’am, two coats! But there’s something you should know,” the man says. “That’s not a Porsche, That’s a Mercedes!” 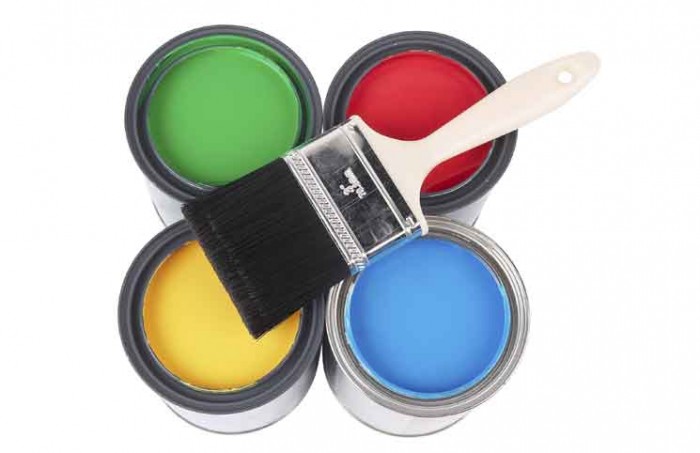 Temperature was hitting new high during mid year. Despite the scorching heat, Mark was outside painting his house. A passerby stopped for a moment to watch him and then asked, “How come you are wearing two jackets?”

Mark replies, “Because, the directions on this can of paint says put on two coats!” 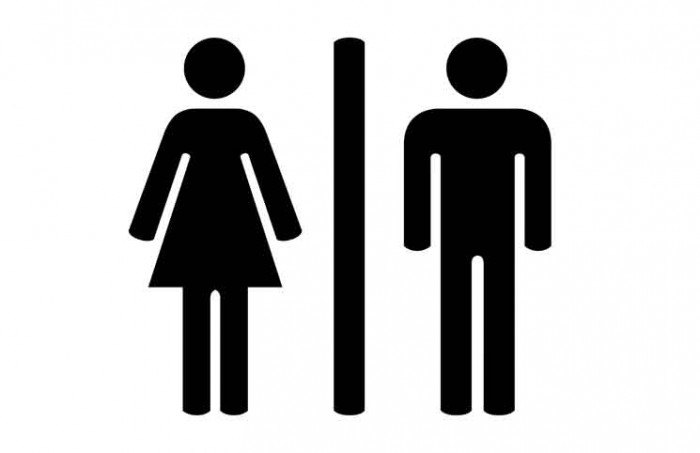 Why is a Laundromat a really bad place to pick up a woman?
Because a woman who can’t even afford a washing machine will never be able to support you.

Why do women have smaller feet than men?
So they can stand closer to the kitchen sink.

How do you know when a woman’s about to say something smart?
When she starts her sentence with “A man once told me…”

How do you fix a woman’s watch?
You don’t, there’s a clock on the oven!

Why do men pass gas more than women?
Because women won’t shut up long enough to build up pressure.

Why were shopping carts invented?
To teach women to walk on their hind legs.

Women are like guns, keep one around long enough and you’re going to want to shoot it.

If your dog is barking at the back door and your wife is yelling at the front door, who do you let in first?
The dog of course…at least he’ll shut up after you let him in.

All wives are alike, but they have different faces so you can tell them apart.

How many men does it take to open a beer?
None. It should be opened by the time she brings it.

What’s worse than a Male Chauvinist Pig?
A woman that won’t do what she’s told.

How many women does it take to paint a wall?
It depends on how hard you throw them.

What do you call a woman with two brain cells?
Pregnant.

I married Miss Right. I just didn’t know her first name was
Always.

I haven’t spoken to my wife for 18 months – I don’t like to interrupt her.

What do you call a woman who has lost 95% of her intelligence?
Divorced.

Bigamy is having one wife too many. Some say monogamy is the same. 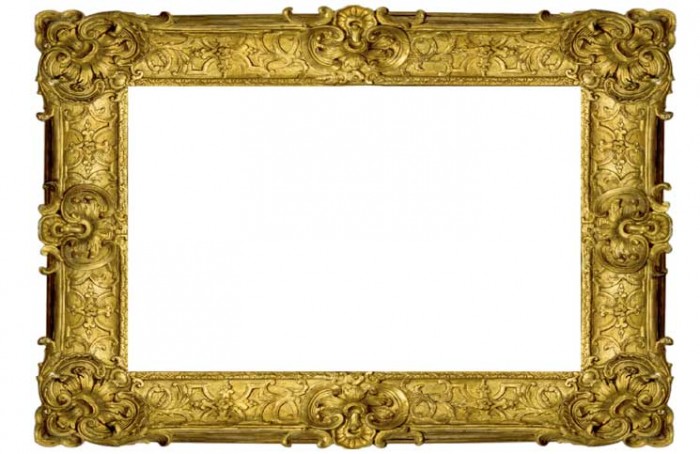 A man decides to take the opportunity while his wife is away to paint the wooden toilet seat.

The wife comes home sooner than expected, sits, and gets the seat stuck to her rear. She is understandably distraught about this and asks her husband to drive her to the doctor.

She puts on a large overcoat so as to cover the stuck seat, and they go.

When they get to the doctor’s, the man lifts his wife’s coat to show their predicament. The man asks, “Doctor, have you ever seen anything like this before?”