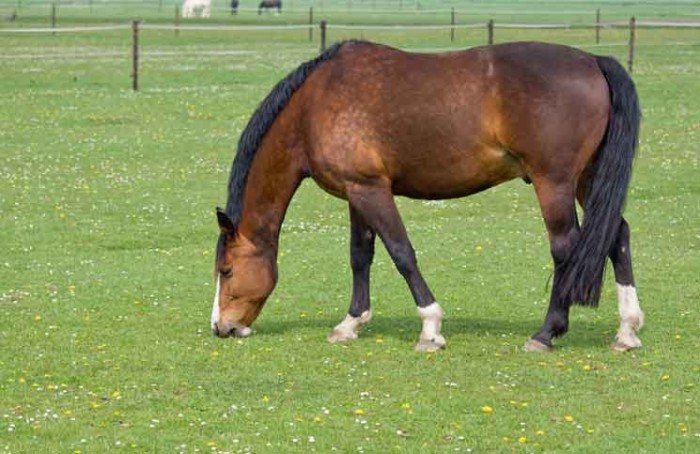 A bunch of Indians capture a cowboy named “Clint”, and bring him back to their camp to meet the chief. The chief says to Clint, “You going to die. But we sorry for you, so give you one wish a day for three days. On sundown of third day, you die. What is first wish?”

Clint says, “I want to see my horse.” The Indians get his horse. Clint grabs the horse’s ear and whispers something, then slaps the horse on the ass. The horse takes off. Two hours later, the horse comes back with a naked blonde. She jumps off the horse and goes into the teepee with Clint.

The Indians look at each other, figuring, “Typical white man – can only think of one thing.” The second day, the chief says, “What your wish today?

Clint says, “I want to see my horse again.” The Indians bring him his horse. Clint leans over to the horse and whispers something in the horse’s ear, then slaps it on the ass. Two hours later, the horse comes back with a naked redhead. She gets off and goes in the teepee with the Clint. The Indians shake their heads, figuring, “Typical white man – going to die tomorrow and can only think of one thing.

The last day comes, and the chief says, “This your last wish, white man. What you want?” Clint says, “I want to see my horse again.” The Indians bring him his horse. Clint grabs the horse by both ears, twists them hard
and yells, “Read my lips! POSSE, damn it! P-O-S-S-E!”

Kids Are So Smart These Days