Home Popular Animal Jokes The Mime and The Lion 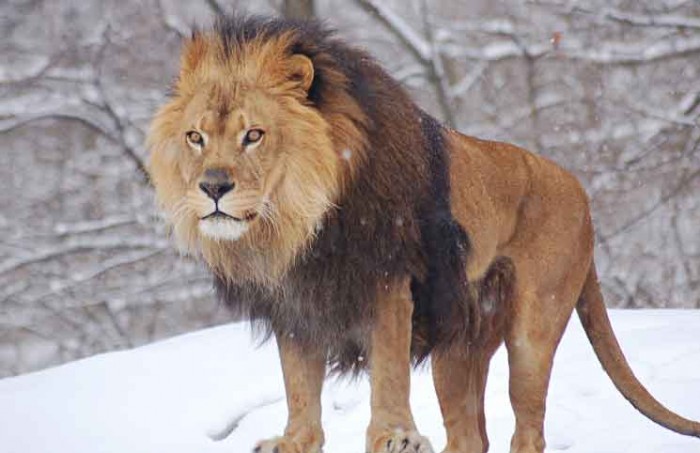 One day an out of work mime is visiting the zoo and attempts to earn some money as a street performer.

However, as soon as he starts to draw a crowd, the zookeeper grabs him and drags him into his office.

The zookeeper explains to the mime that the zoo’s most popular attraction, a gorilla, has died suddenly. The keeper fears that attendance at the zoo will fall off. He offers the mime a job to dress up as the gorilla until they can get another one. The mime accepts.

The next morning, before the crowd arrives, the mime puts on the gorilla suit and enters the cage. He discovers that it’s a great job. He can sleep all he wants, play and make fun of people and he draws bigger crowds than he ever did as a mime.

However, eventually the crowds tire of him and he gets bored just swinging on tires. He begins to notice that the people are paying more attention to the lion in the cage next to his.

Not wanting to lose the attention of his audience, he climbs to the top of his cage, crawls across a partition, and dangles from the top to the lion’s cage. Of course, this makes the lion furious, but the crowd loves it.

At the end of the day the zookeeper comes and gives the mime a raise for being such a good attraction as a gorilla.

Well, this goes on for some time. The mime keeps taunting the lion, the crowds grow larger, and his salary keeps going up. Then one terrible day when he is dangling over the furious lion, he slips and falls. The mime is terrified. The lion gathers itself and prepares to pounce. The mime is so scared that he begins to run round and round the cage with the lion close behind.

Finally, the mime starts screaming and yelling, “Help, Help me!”, but the lion is quick and pounces. The mime soon finds himself flat on his back looking up at the angry lion and the lion says, “Shut up you idiot! Do you want to get us both fired?”

Just want you to know it’s Because I Care

How Much did you Drink