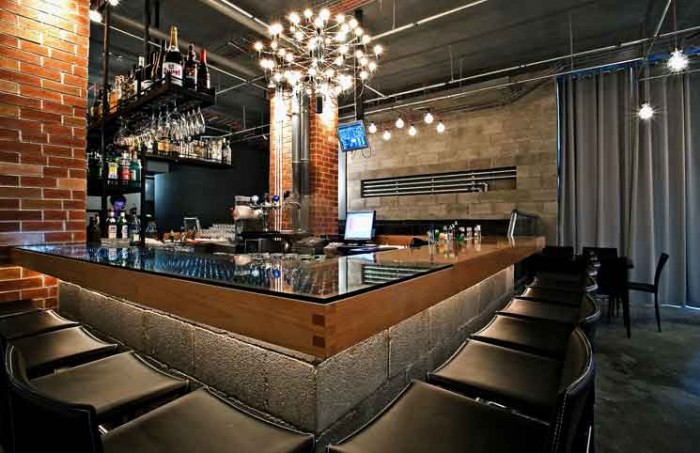 A man walks into the front door of a bar. He is obviously drunk, and staggers up to the bar, seats himself on a stool and, with a belch, asks the bartender for a drink. The bartender politely informs the man that it appears that he has already had plenty to drink, he could not be served additional liquor at this bar, and could a cab be called for him?

The drunk is briefly surprised, then softly scoffs, grumbles, climbs down off the bar stool and staggers out the front door. A few minutes later, the same drunk stumbles in the SIDE door of the bar. He wobbles up to the bar and hollers for a drink. The bartender comes over and, still politely – but more firmly, refuses service to the man due to his inebriation, and again offers to call a cab. The drunk looks at the bartender for a moment angrily, curses, and shows himself out the side door, all the while grumbling and shaking his head.

A few minutes later, the same drunk bursts in through the BACK door of the bar. He plops himself up on a bar stool, gathers his wits and belligerently orders a drink. The bartender comes over and emphatically reminds the man that he is clearly drunk, will be served no drinks, and either a cab or the police will be called immediately.

The surprised drunk looks at the bartender, and in hopeless anguish, cries “MAAAN! How many bars do you work at?

Feb 15, 2021
0 109
Element: WOMEN Symbol: Wo Atomic Weight: 120 (more or less, usually more) Physical Properties: Generally round in form. Boils at nothing and may freeze anytime. Melts whenever treated...