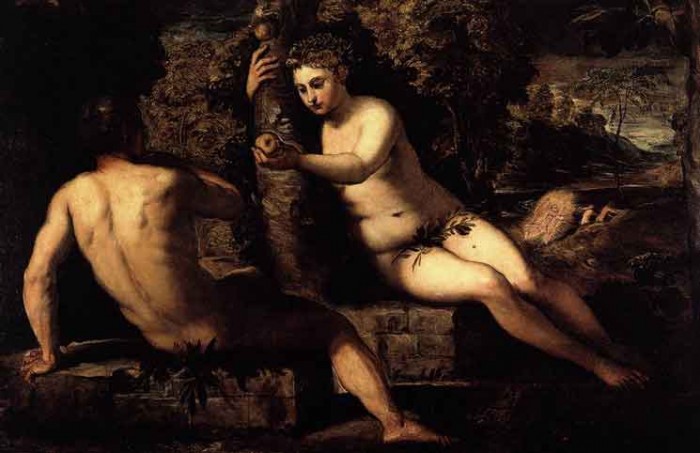 One day in the Garden of Eden, Eve calls out to God.

“Lord, I know you created me and provided this beautiful garden and all of these wonderful animals and that hilarious comedic snake, but I’m just not happy.”

“Why is that, Eve?” came the reply from above.

“Well, Eve, in that case, I have a solution. I shall create a man for you.”

“This man will be a flawed creature, with many bad traits. He’ll lie, cheat, and be vain; all in all, he’ll give you a hard time. But he’ll be bigger, faster, and will like to hunt and kill things. He will look silly when he’s aroused, but since you’ve been complaining, I’ll create him in such a way that he will satisfy your physical needs. He will be witless and will revel in childish things like fighting and kicking a ball about. He won’t be too smart, so he’ll also need your advice to think properly.”

“Well … you can have him on one condition.”

“As I said, he’ll be proud, arrogant, and self-admiring … So you’ll have to let him believe that I made him first. Just remember, it’s our little secret…

“You know, woman to woman.”

Oct 31, 2016
0 155
One day three couples in a minivan are heading to Yellowstone National Park on a vacation. One couple is from Nebraska, one is from...